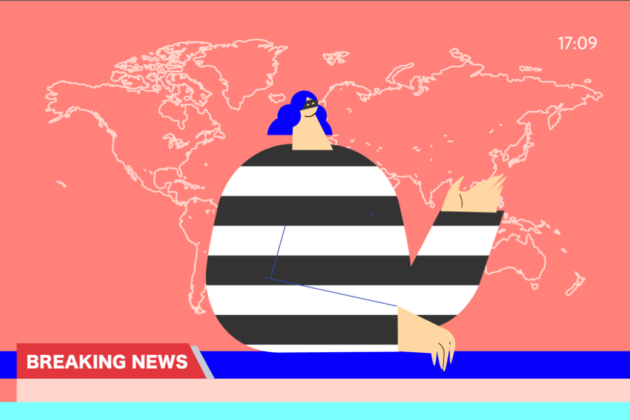 The era of fake news – how to filter content?

The development of new technologies has provided ease of access to information. Hundreds and even millions of messages appear on the screens of smartphones, computers and TVs every day. Therefore, we absorb more and more content, although it is difficult for us to determine what is real and valuable and what is not.
Published 29/06/2020

Fake news is, in the simplest of terms, an untrue message, which is based on misinformation – it’s neither truth nor a lie. It’s a kind of half-truth. Fake news is partly true, although the reliable information is either out of context or distorted. It intentionally misleads the recipient with the aim of achieving financial, political, propaganda or sensational benefits. Fake news most often appears on social media, as it’s got a much greater reach and information is published faster there. Fake news in its essence can be compared to a rumor that also contains a grain of truth. The creator of such information makes it by combining real events with false data, thus distorting the perception of the recipient. One of the features of fake news is its novelty – it doesn’t popularize commonly known information.

Fake news in the crosshairs

The most often misleading information is, among others, clickbait or satirical content that have a neutral impact on the perception of reality. However, pseudoscientific content, conspiracy theories and intentionally crafted content are even more dangerous. On the one hand, pseudoscience uses complex terminology, and on the other, provides simple explanations in order to get to the layman’s subconsciousness. That’s why you can witness an outburst of various movements, such as anti-vaccine supporters.

It is worth adding that the spread of fake news is fostered by human emotions, which are information stimulants. It’s often emotions, and not facts, that matter when creating news. However, this greatly simplifies its processing. Properly formulated content that’s published in the media is able to evoke a wide spectrum of emotions – from joy to contempt.

The amount of information that reaches us every day results in information overload and makes it more difficult for us to decide which message is important. When we thought that we regained the control of the content we received, in reality we allowed ourselves to be closed in the filter bubble – the term was used by Eli Pariser in his book “The Filter Bubble: How The New Personalized Web Is Changing What We Read And How We Think”.

The phenomenon of filter bubble is understood as adapting content to a specific user. In other words, we only receive information that the algorithms have determined to be consistent with our interests or beliefs. The share fact of being in a filter bubble limits awareness and makes the user more susceptible to fake news and misinformation. This phenomenon contributes to the creation of hermetic environments that exchange content consistent with their views, and reject those contradictory to them.

In order to escape from the filter bubble, it is necessary to spend more time on research. Analyze and verify information. Look at various sources of information, especially those with different views to yours, and confront them.

How to filter information?

First, don’t believe everything your friends send or publish. They themselves can share the content that aroused in them sudden emotions and a desire to share the received content. Check the addresses of websites where the information comes from – they may turn out to be satirical websites, such as ASZdziennik that is famous for its catchy headlines. Read the entire text, not just titles and leads. The opening line is always intended to arouse interest and emotions. Use search engines alternative to Google. Verify the story in other sources – if something truly happened, then it’ll be published in various media. Moreover, keep in mind which media has published this information. Keep your finger on the pulse and watch out for manipulation and emotional language. Be biased – remember that we are mostly interested in information that’s in line with our views. Stand aside and do not reject content that does not match your worldview.