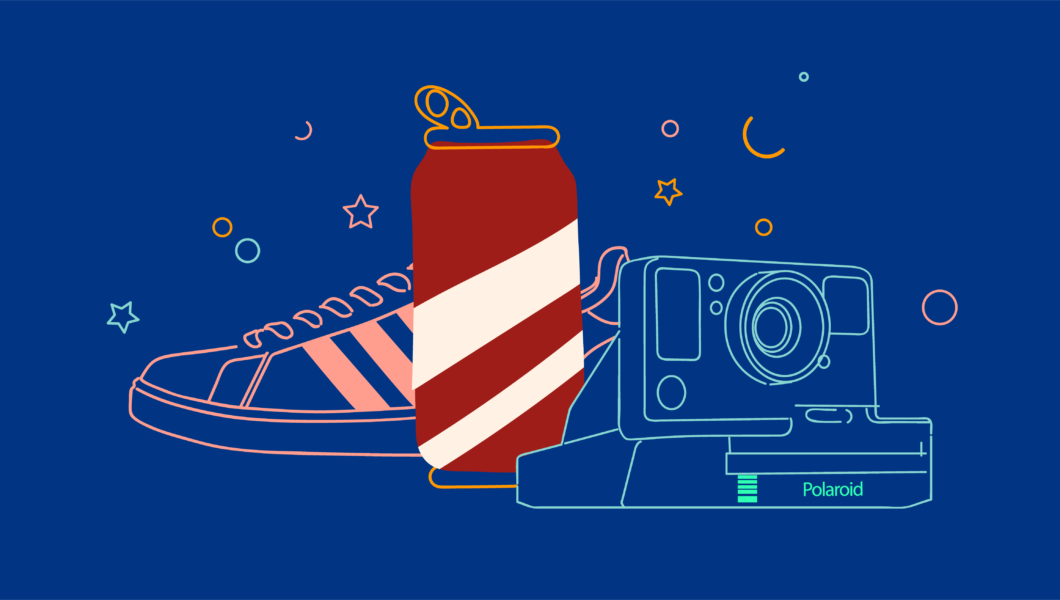 Do you use eponyms?

Eponymization, or genericization of brand names, is a phenomenon of a brand name that dominates the market, staring to be used in colloquial language to refer to the entire group of products of this type.
Published 30/06/2020

It may seem that the name of this phenomenon is completely unfamiliar to us. Nothing could be further from the truth. Every day we hear about pampers, gerber products or aspirin. There are many products in a group, but there is only one pioneer in each category – in this case Pampers, Gerber and Aspirin. It is also not a new phenomenon. In the past, in the western Poland, a vacuum cleaner was called Electrolux, as back then only Swedish vacuum cleaners produced by Electrolux were available on the market.

This is probably the most popular sweet carbonated soft drink. Originally, the drink was called “Pambeton’s French Wine Coca”. The Coca-Cola formula dates back to 1886, when the American pharmacist J.S. Pamberton developed its composition. The later name came from the drink’s ingredients – coca leaves and kola nuts. The takeover of the brand by Asa Candler made it famous not only in the United States, but also all around the world. Today, almost every dark brown, carbonated drink is called coke.

The brand was founded in the interwar period by the Dassler brothers – Adolf and Rudolf. The name consists of the initials of their surname and the diminutive form of one of the brothers’ name. They started in a small workshop where the production of sports shoes took place. For years, German Adidas were the only snickers available in Poland. Hence, it was accepted that every sport footwear should be called Adidas.

The history of the one of the most popular sweets dates back to the time before the Second World War. The product was invented and named by Jan Wedel in 1936. In the same year, the name Ptasie Mleczko was registered and the patent was in effect until 1956, when it expired, as according to the Patent Office, the trademark had degenerated. In 2014, Wedel regained rights to its patent and has become the only company to use this name ever since. However, due to the popularity of Ptasie Mleczko, all soft chocolate-covered candy filled with soft meringue will continue to be called Ptasie Mleczko.

Any disposable baby diaper is a pamper. It’s hard to imagine that anybody calls them any different. The brand was born in the 1950s, when Procter&Gamble started producing diapers. It doesn’t matter if you buy Happy or Dada diapers – we all call it pampers in everyday language. In order to cast away the doubts and specify a given brand, you have to just ask a question: “Which pampers?”.

Polaroids is a name used to commonly refer to cameras that instantly develop photos. The name comes from the American Polaroid Corporation, which is a forerunner in the production of this type of camera. Their devices initially took only black and white photos. Color photos were introduced in the 1960s. Although there are many companies on the market that manufacture and sell such cameras, they are all called polaroids.

The brand of American cars that have been manufactured for the American army since 1941, and also for private use since 1945. The company Willys registered its name already in 1950. Today, regardless of the manufacturer of an SUV, we call it a jeep.

Eponymization could be considered something that distinguishes a brand. However, many years of work are needed to achieve the genericization effect. The product must be popular and respected so as to its name can overshadow other brand names in its category.